Our permanent exhibition at The Gentlemen Baristas’ Piccadilly coffee house

After the success of The Art of Coffee exhibition, we are so excited to announce that we are teaming up with The Gentlemen Baristas again to bring art closer to the people. When you visit the Gentlemen Baristas’ Piccadilly coffee house at 162 Piccadilly, you can now get inspired by a collection of beautiful artworks on the walls. True to their ethos to give back to the community, The Gentlemen Baristas have been the most amazing supporters of our artists and we couldn’t have asked for better partners!

And if you like what you see, you can purchase the featured artworks in three easy steps:

Read on for a little preview…

While you are queuing for your daily coffee, turn around to discover two ink drawings by the award-winning artist Yiyan Zhou. Yiyan uses the fluidity of the ink to mirror the movement of the dancers that she draws on the paper guided by the motion to create these beautiful minimal ink drawings. 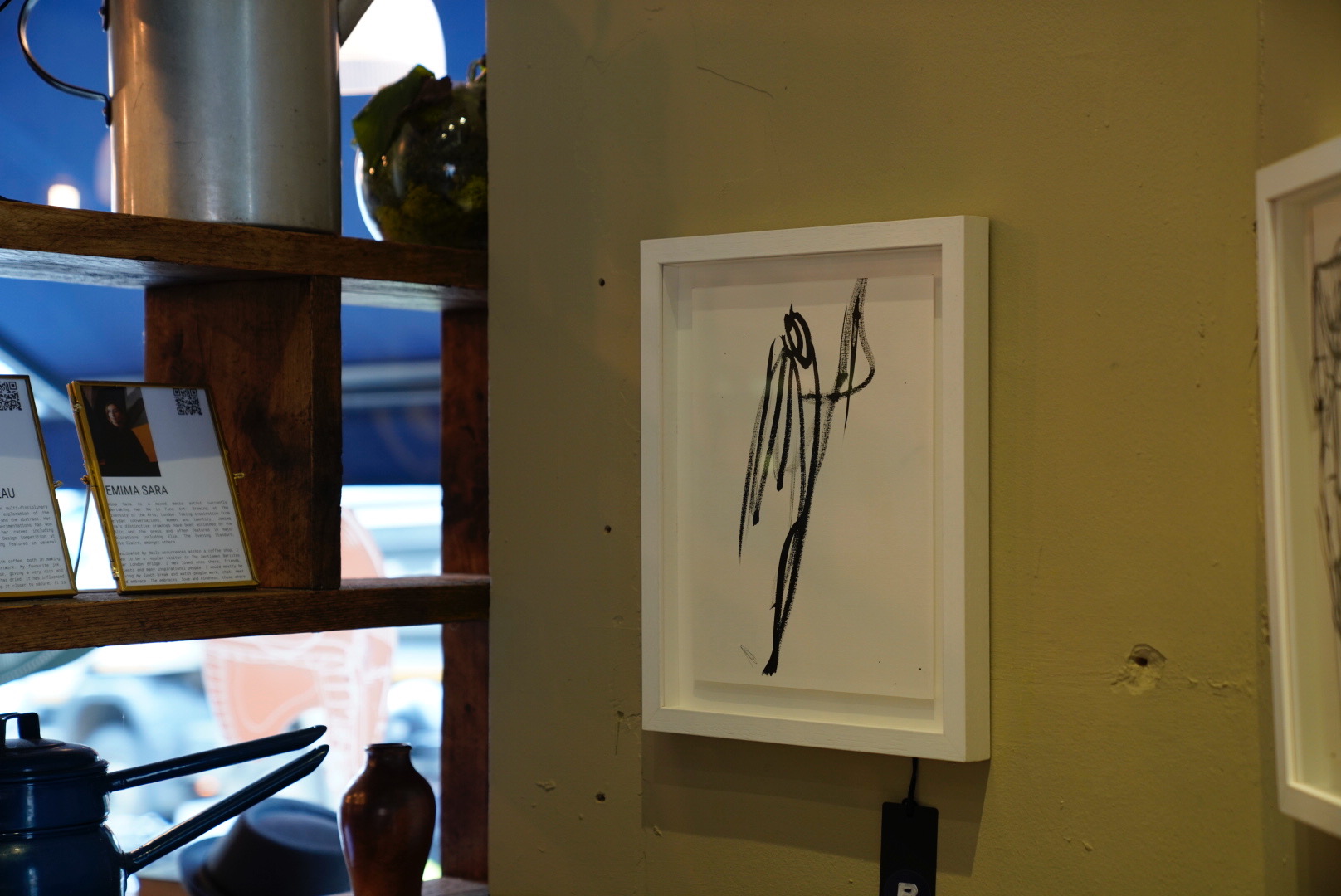 Then as you enter the main space, have a sit by the brick wall and the two artworks made with coffee as part of The Art of Coffee collaboration. 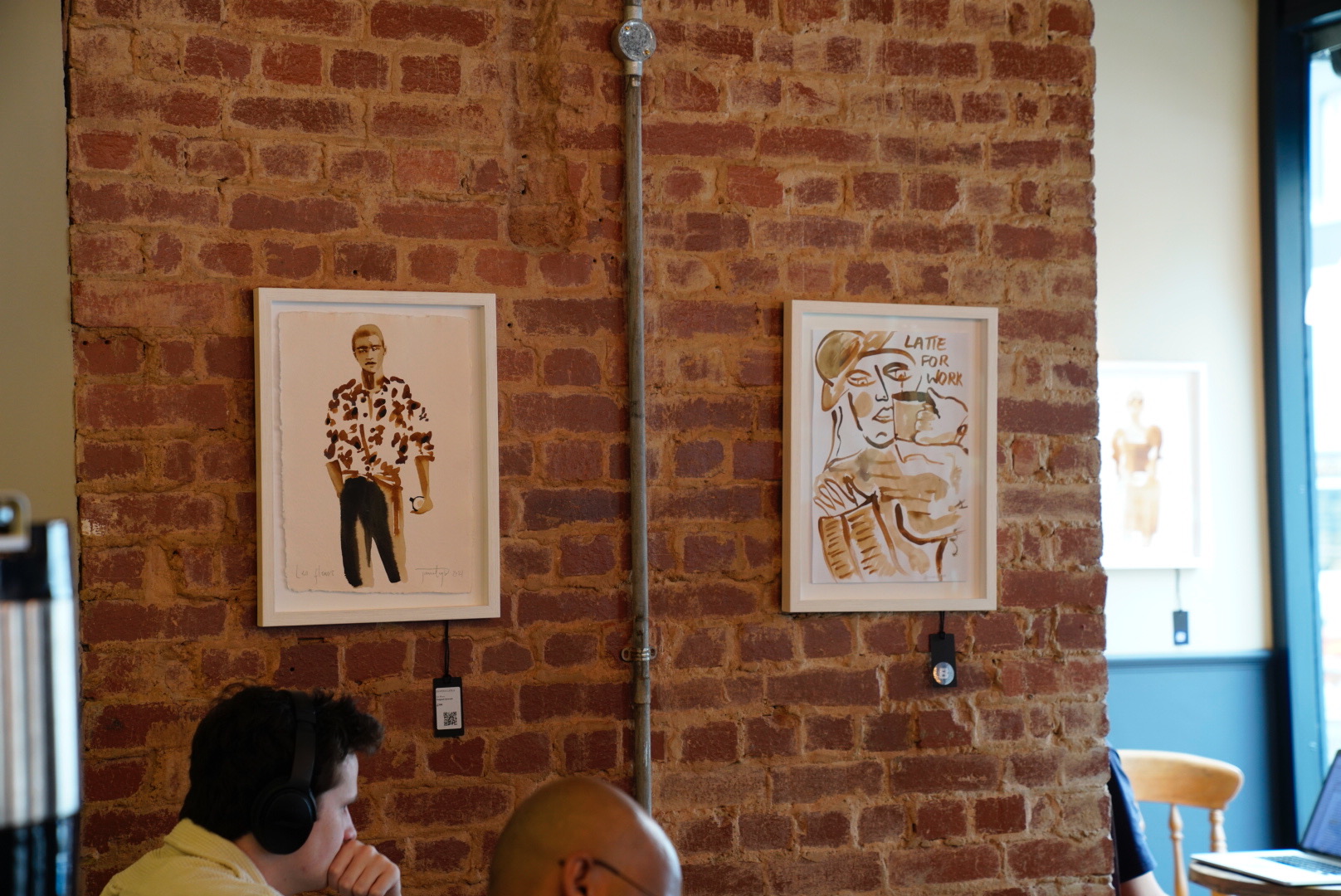 The first artwork ‘Les Fleurs’ is by fashion illustration artist Joanna Layla whose unique style inspired by the worlds of fashion, literature and art has won her recognition in the creative industries. Through her fluid lines and minimalist design, Joanna Layla’s practice explores themes of identity and self-expression and her drive to visually document beauty.

The second artwork is ‘Latte for work’ by multi-disciplinary artist Jemima Sara. Jemima Sara’s distinctive drawings have been featured in major publications including Elle, The Evening Standard, Marie Claire, amongst others. Taking inspiration from everyday conversations, women, identity, self-observation and social media, Jemima Sara relentlessly deconstructs our constant search for perfection and holds the space to allow people to be themselves and feel seen and heard.

In the middle of the room where the prime people-watching spot is, you will find a large scale limited edition print by British photographic artist Daniel Keys. Through the use of natural or incidental light to convey the passing of time, it is the intense need to document the slow unfolding of the moment that defines Daniel’s practice.

Inspired by my grandmother’s décor, the focus of this series is small, inexpensive, porcelain figurines depicting animals in a non-realistic manor and artificial flowers. The deterioration of my Grandmother and her subsequent death play an important and personal role within the image.

‘All Items of Value Have Been Removed’ by Daniel Keys

If you are feeling like taking it slow, go round the corner and get comfortable in the cosy sofa spot. Don’t forget to look up to see Oscar T Wilson’s ‘These guys went through the wash’. Raised in a family of artists, art has always been inherent to Oscar’s life. His practice is deeply influenced by his South London roots (like the GBs!) and his own life experiences of growing up in the city. 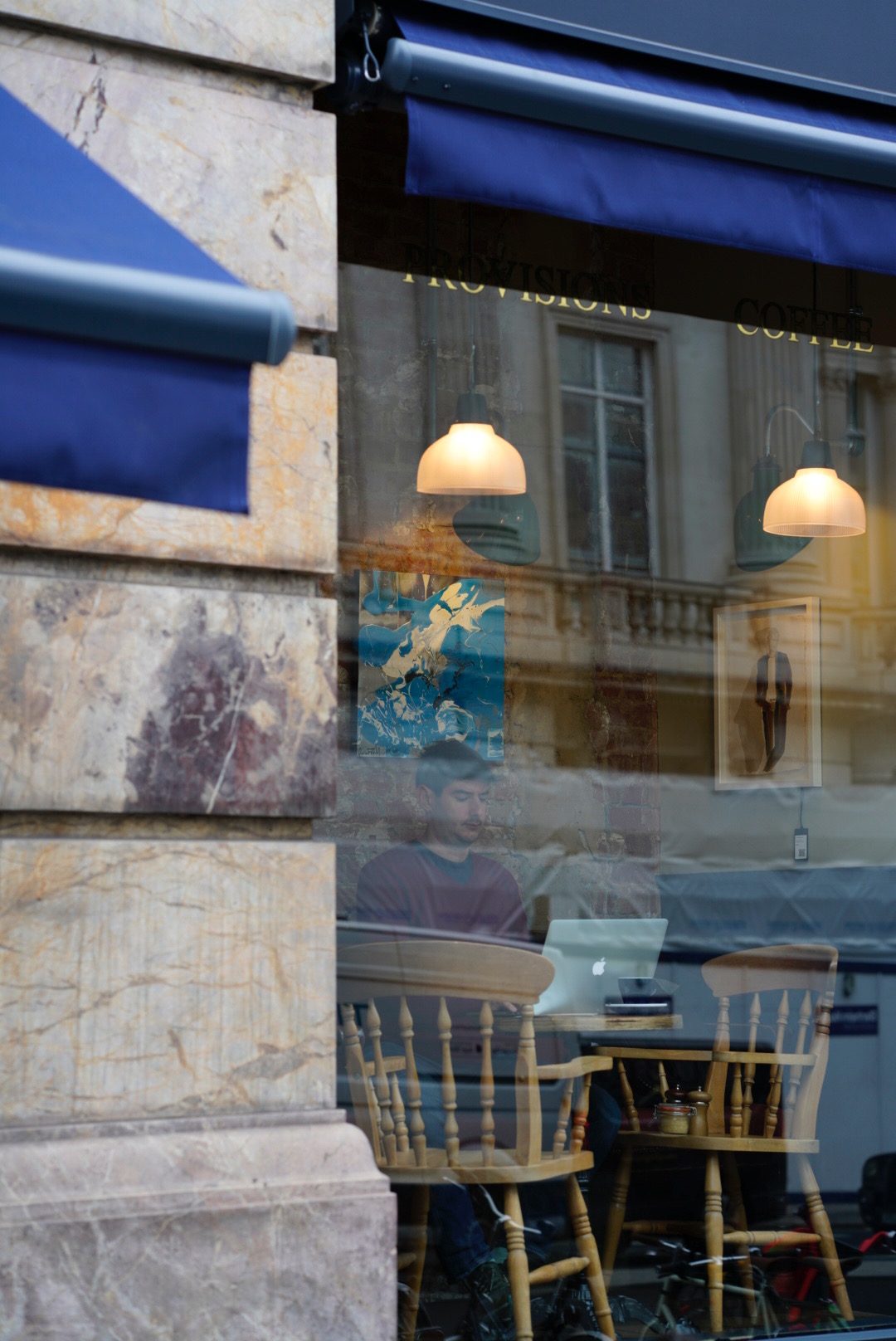 ‘These guys went through the wash’ by Oscar T Wilson

In the same corner are two stunning artworks ‘Mornings like these’ and ‘Coffee break’ made with coffee by artist Joanna Layla.

Getting a coffee in the morning is a moment to pause, reflect and watch the world go by. I loved the idea of using coffee as a medium to capture a moment in time, to create a fashion illustration. Both coffee and fashion capture the cultural zeitgeist, an idea I wanted to bring together in a series of fashion works on paper in coffee. Both The Gentlemen Baristas and Bleur combine the traditional with the contemporary to create something unique, elegant and relevant. 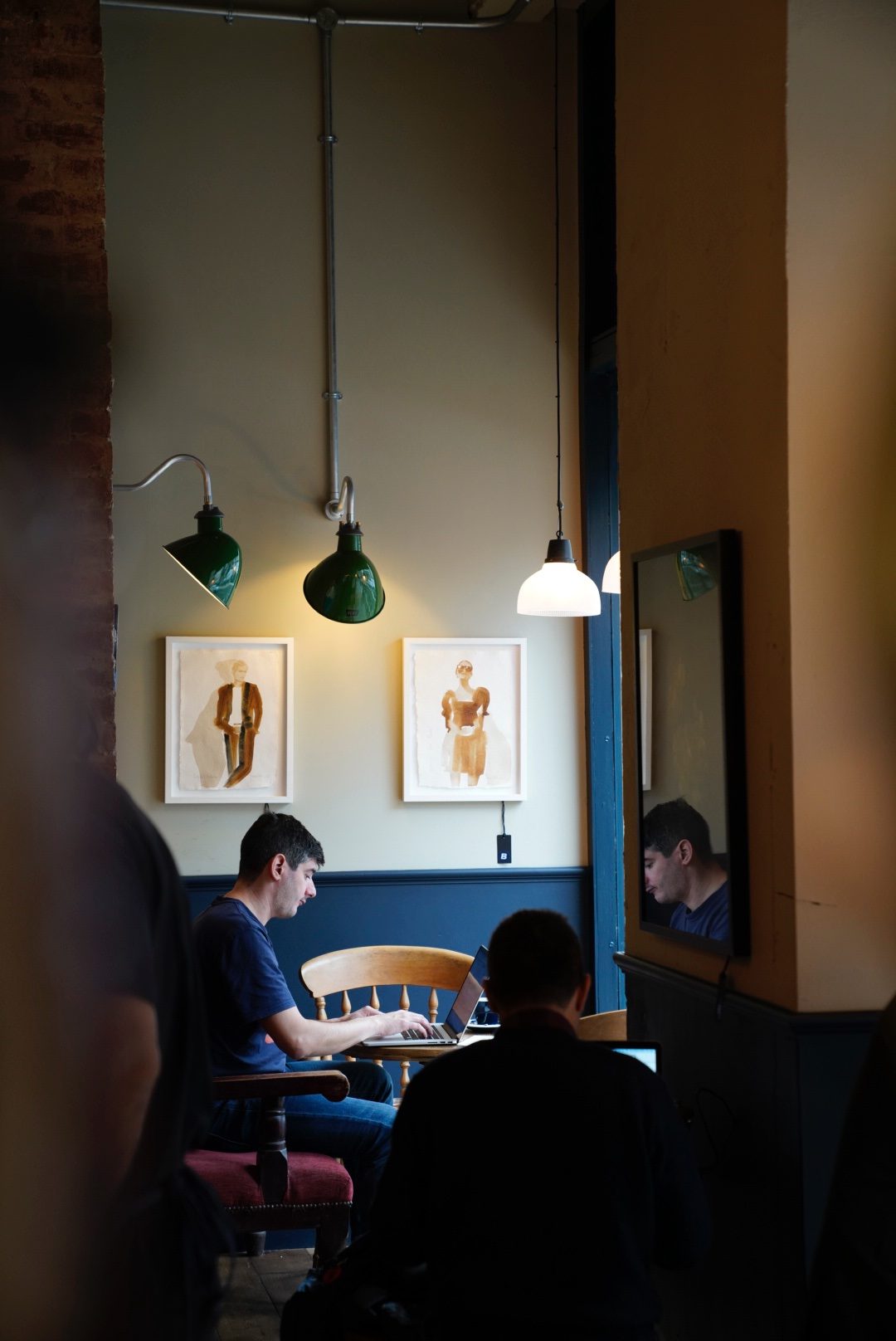 POP BY FOR GREAT COFFEE AND BEAUTIFUL ART AT 162 PICCADILLY, LONDON, W1J 9EF.
WE HOPE TO SEE YOU THERE!

Categories: Events, Exhibitions
Tags: art in London, best coffee in London, coffeehouse, Exhibition, irl, London art exhibition, londontrendiestspots, original art, piccadily, thegentlemenbaristas, whatson
Share:
November 13, 2021
Get creative this Winter with our Art of Coffee campaign in collaboration with our friends at The Gentlemen
Read More 0
September 27, 2021
When our friends at The Gentlemen Baristas came to us wanting to make art using coffee to celebrate
Read More 0
Back to Top